If the runup to Tuesday’s Game 2 was all about checking the weather reports, the hours before Game 3 were focused on figuring out who was going to show up, as Lieber’s team in particular was looking very short-handed. In the end, thanks to a couple of our former supersubs who agreed to pitch in (thanks, Emmett and Zane!), and a Grasshoppers coach who provided a couple of players (thanks, Bruce Williams!), and Coach Joe driving Yates’ brother Ellis from his Bantams game in Carroll Gardens so he could arrive just after our slightly delayed 4:25 start, we had two bona fide complete nine-player teams for our matchup against Lieber.

With a full two hours or more at our disposal, Lieber and I agreed to make this a new game from scratch, not a continuation of our darkness-shortened game from last Tuesday. Since Ellis was still en route at the time, we agreed to be the visiting team, and immediately got on the board when Jordan G walked with one out, stole second, then scored after Ben M hit a hard grounder that went right through the Lieber shortstop. Yates followed by beating out a grounder down the first-base line that died in the grass, then Taylor hit a grounder to second that the Lieber second baseman chose to go home with — but not in time to nab Ben M at home plate. A couple of pitches later, Lieber’s emergency starter Izzy uncorked a wild pitch, and Yates scored as well to make it 3-0.

With Game 2 pitching star Dylan absent, it was down to Ben M to handle most of the day’s mound duties. He got a rude greeting from Lieber leadoff hitters Izzy and Jackson, each of whom lined hard singles in front of right fielder Ellis to put two runners on. The next batter, Gavin, smacked a grounder to first, where Shiloh stepped on the bag then threw down to Taylor at second — too late, except that Jackson overran the bag, and Taylor tagged him out for an unorthodox double play as Izzy scored. Ben M struck out the next batter to end the inning.

In the top of the 2nd, our offense picked up where it had left off. Sam led off with a walk, then stole second; Ben C lined a single to left, but Sam had to hold up to be sure it wouldn’t be caught, so we were left with runners on first and second. Not for long, though: Sam and Ben C next pulled off a double steal, then Sam dashed home when the Lieber catcher’s throw back to the mound got away from Izzy. After a strikeout, Jordan waited out Izzy’s assortment of slow-and-slower pitches to work a walk, then Jordan G waited on a slowball and crushed it to right-center, scoring Ben C. Ben M drove a single up the middle, driving in both Jordans, and went to second on the throw home; when the throw got away he advanced to third, then when the throw to third from the catcher got away he scored, and our lead was now a commanding 8-1.

Once again, the Lieber hitters struck right back. Leadoff hitter Dash sent a mammoth shot over Jordan N’s head in center field for a double; two more singles followed, then an RBI groundout and a throwing error made it 8-4. When Ben M hit the next batter, things were looking grim, but he settled down from there and struck out the next two hitters — delivering fastballs with an audible grunt — to end the inning.

If we needed insurance runs, there were plenty to be had: We scored four in the 3rd, on a flurry of walks plus solid singles by Sam, Ben M, and Yates, and four more in the 4th, led off by another single by Sam and punctuated by no-doubt doubles by Jordan G and Yates. Ben M, meanwhile, had completely settled himself on the mound, setting down Lieber with no hits and no runs in the 3rd and 4th, and striking out four more to bring his game total to seven Ks.

We didn’t score in the top of the 5th, despite a one-out walk by Ellis followed by back-to-back singles to left by the two Jordans. That sent us to the bottom of the 5th with the two-hour time limit for starting a new inning already passed. (The field lights were on, at least — well, most of them, but enough to see by.) With Ben M already at 76 pitches, I went to the bullpen, figuring it would be hard for even untested pitchers to blow a 12-run lead. Hard, but not impossible, it turned out: After seven walks and three hits off Jordan N and Sam (plus one error), 13 batters later we were somehow clinging to a 16-14 lead, with a runner on first and the tying run at the plate. Ben M reentered the game from his position at shortstop, and after falling behind on the hitter Kenny (one of the Grasshoppers loanees, who Ben M had painfully plunked in the thigh with a pitch earlier in the game), delivered a 3-2 pitch that the batter tried to duck under — but not enough to fool the umpire, who punched him out for a called strike three, giving Ben M the rare line score of saving his own win. deMause 16, Lieber 14

The final inning was a bit more excitement that we would have wanted, but overall this was an immensely satisfying game: Six different batters combined for 12 hits, everyone reached base at least once, and we only struck out three times the entire game (two of those by a hitter who was playing three levels up from his normal age group). Ben M battled back from some early struggles to pitch a dominating game, and our defense was much better, with only three errors on the day. We’ve been showing improvement with every game, and it’s starting to show up on the stat sheet — which reminds me, here’s a link to the stat sheet if anyone wants to see how they’re doing so far, and how it compares to our team’s past seasons.

I am 95% sure that we will have no game this Tuesday, and instead our next games will be on back-to-back days: Monday, October 12 (Columbus Day) at 2:30 pm vs Shiffman and Tuesday, October 13 at 5:30 pm vs Miller. (I’m still awaiting final confirmation from Shiffman.) If so, we’ll have a practice this week, likely Thursday, but I need to find out first when our usual practice field will be available. In the meantime, get some well-deserved rest, and maybe try to think of some team names that we can vote on the next time we’re all together. 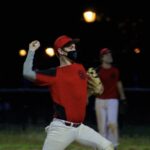 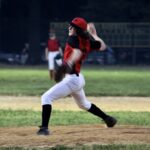 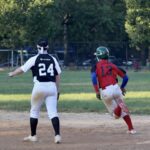 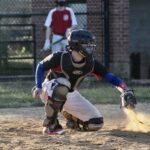 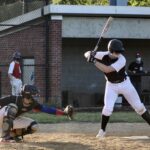 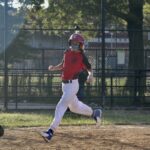 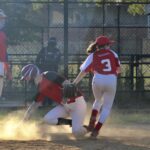 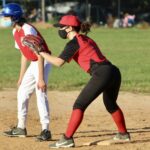 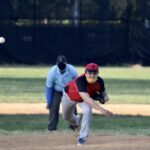 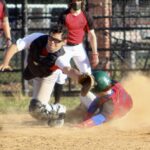 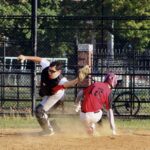