Well, that was a game. I’m going to do my best to do it justice, but all the emotions may not translate into mere prose…

With Dylan off at a travel tournament, Ben M took the mound for the Legal Weed against SFX Wilson’s Nonessential Workers, the 6th seed in the tournament to our 3rd seed. The last time Ben M faced them he threw a complete-game victory and gave up only two runs, so we had high hopes of jumping out to a quick lead.

Things did not go according to plan. The first two Wilson hitters, Cam and Lawson, pulled singles through the left side, then stole second and third to put two runners in scoring position with no outs. Ben M froze the third hitter for a strike three, then the next batter grounded out out to Roan at first, as a run scored. Ben M then hit the next batter, and walked the one after that, bringing up the #7 hitter, Logan. Ben M got two strikes on him — then Logan rocked a ball to deep left field, where Yates chased it down as the runners circled the bases. Yates’ throw to the plate was on target but too late to get the runner from first, but catcher Jordan G alertly took the ball and fired it to Max at third, who caught Logan in a rundown for the third out. But the damage was done: The Weed were now down 4-0.

We needed a quick comeback, and got a good start on one when leadoff batter Jordan N worked a leadoff walk and stole second, and Jordan G followed with a triple to deep left-center. Jordan G scored our second run on Sam’s groundout to second base, and though that was it for our scoring in the 1st, at least we were now down only 4-2.

Ben set down the bottom of the Workers’ order with ease in the 2nd (three Ks, one infield single), and our hitters went back at it in the bottom of the inning. Yates led off by pulling a single down the third base line, then Ben M hit an almost identical ball to put two runners on. Ben C worked a walk, and with Ellis due up we pinch-hit Leon, our new supersub from Ellis’s Grasshopper team. Leon worked a walk as well, forcing in a run and bringing up Jordan N with no outs and a chance to tie the score with a hit or a walk. He got the former: a no-doubt single to left that scored Ben M.

After Jordan G popped out, Sam hit a long fly ball to center, and Ben C tagged up and scored the go-ahead run. With Roan at bat, Wilson starter Cole then delivered a wild pitch, which skipped away from the Nonessential Workers’ catcher just far enough for Leon to dash home with another run. That left Jordan N on third, and he tried a play he had discussed with me before the game, wandering far off the third base bag and dashing for home as soon as the catcher threw to third — unfortunately, both the catcher’s and third baseman’s throws were on target, and he was gunned down for the final out of the inning, leaving the score 6-4 in the Weed’s favor.

The top of the 3rd was uneventful (two Ks by Ben M, plus a nifty pick by Max of a grounder to third that he threw to Sam at second base for a forceout), as was the bottom of the 3rd, as Wilson reliever Jasper struck out three Weed hitters against just a fruitless walk. In the top of the 4th, with one out, Logan again rocketed a double to left, but he was left stranded as Jordan N settled under a fly to center and Ben M sent down his opposing hurler Jasper looking for out number three.

After Jasper held us scoreless again in the bottom of the 4th, it was starting to look like we would need to keep the Workers off the board the rest of the way to nail down a win. Unfortunately, the top of the Wilson order was up, and they started off just like they did in the first: a dribbler to the left side by Cam that died in the grass for an infield single, after which he went to third on a wild pickoff throw by Jordan G, then a ringing single to left-center by Lawson to cut the Weed lead to one. Lawson stole second, bringing up #3 hitter Riggs, who smacked a grounder to third — where Max expertly looked the runner back to second, then threw to first for the first out. A wild pitch and a walk put runners on the corners, and sent me and Jordan G to the mound to talk to Ben M, who immediately greeted us with: “Here’s an idea: How about I quit spiking fastballs?”

As our infielders gathered on the mound, I noted that as the home team, we would be okay even if the runner on third scored, so long as we held it there, with the game tied. Someone (I think Roan?) suggested we bring the corners in while playing second and short back, and I agreed. And it worked, sorta: The next batter, Cole, grounded to Max at third, who threw to first for the out while the tying run scored. Following one more walk, Ben M froze Logan looking for strike three, and we were on to the bottom of the 5th, with only 15 minutes to go before we hit the hour and 50 minute time limit for starting another inning.

Sam led off the home 5th, and got things off to a good start by working a walk, then stole second. Following a foulout, Max worked another walk, then Yates — only minutes away from having to leave to attend his high school graduation — walked as well, loading the bases with one out. This brought up Ben M, who pulled a flyball to shallow left — not too shallow for Sam to tag and head for the plate, which he did … and a perfect throw from left field nailed him easily for the third out. And it was on to the 6th.

Ben M was up over 95 pitches now, but had no trouble with the bottom of the Workers order, striking out two batters looking and then inducing a soft grounder to Taylor at second (freshly into the game in place of Yates, having just bicycled over after her own graduation ceremonies), who calmly tossed to Roan for the third out.

It was only the 6th inning, but we were now past the 1:50 time limit, meaning if the Weed could score here we would go home winners. I ran over to Field 2 next door, where Ryan’s Grasshoppers team had just completed an 8-5 win in their own playoff game, and where Ryan had already changed into his green Legal Weed jersey. He ran the few yards over to Field 3 just in time to pinch-hit for Ben C, in hopes of getting on base and using his speed to get into scoring position.

I wish managing always worked out this much like one planned it. Ryan walked, then easily stole second. Leon grounded out to third, Ryan holding until he saw the fielder make the throw and then racing to third base, putting the winning run 90 feet away with just one out. The Nonessential Workers brought their infield — but crucially, not their outfield — in against Jordan N. And then, on a 2-1 count, this happened:

That’s a line single to left field, Ryan crossing home plate, and then the Legal Weed racing onto the field to celebrate as they belatedly realized that the game was over. Legal Weed 7, SFX Wilson 6

That was a tremendous, hard-fought win in a game that was way closer than any of us expected. To be fair to SFX Wilson, they played a terrific game, putting balls in play left and right, and their big reliever Jasper kept us off the board for three innings until the final walkoff win. As for the Weed, we played a hell of a game, hitting and fielding with aplomb, and Ben M did a fantastic job bearing down on a day where his command wasn’t sharp and the opposing batters were. And supersubs Ellis, Leon, and Ryan all contributed, with Ryan scoring the winning run for his second playoff win of the day.

Our next game is now tomorrow at 10:40 am, vs. the winner of SFX Anderson’s 5 pm game today vs. 78 Miller, which I will be heading out the door to watch shortly. The win today also means that we will definitely not be playing Tuesday: Our next game after tomorrow will be either Wednesday (if we lose tomorrow), Thursday (if we win tomorrow), or Friday (if we win tomorrow and Thursday’s game needs to be rescheduled if the other team can’t make it then, which is a significant possibility). Either way, let’s try to keep up the great baseball tomorrow — see everyone at 10 am for pregame practice, and a 10:40 am game start time. 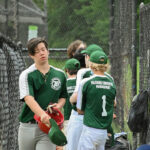 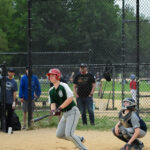 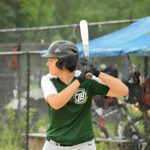