Before we get to today’s game recaps, one scoring note: The official scorer has reviewed both Sam’s single-and-error from yesterday’s game vs. Lieber and Dylan’s from our game a few weeks back against Nachsin, and ruled them to be home runs. Congrats, Sam and Dylan (the latter of whom becomes our only player ever, I believe, to have a multi-homer game)!

This morning’s doubleheader against SFX Wilson (aka the Nonessential Workers) was supposed to be in the cool of the early morning, but it was already hot and sunny by the 8:45 am game time. We won the coin toss and selected to be home for the first game, putting Dylan on the mound for the top of the 1st. Things started off rocky: a single to left, then a double over the head of center fielder Jordan N; when the runner on second took off for third, catcher Jordan G’s throw went off target, and a second run scored. Dylan then struck out the side, but the Legal Weed were in a quick 2-0 hole.

We didn’t waste much time undoing that, as Jordan N worked a walk to lead off, then immediately stole second. Jordan G was then plunked in the shoulder for his team-leading 6th HBP (blowing past the team all-time record of 4, set by Naomi Schwartzburt back in 2014), and the Jordans pulled off a double steal to put two runners in scoring position. Sam plated both of them with a long double to left, though he ended up caught in a rundown when he noticed no one was covering third and tried to stretch it into a triple, but was tagged out. Roan then hit a line drive to left that hit a lump of grass and rocketed over the left fielder’s head, rolling until it reached the Peewee game in deep left for the rarely-called ground rule home run. And we weren’t done yet, as tiring Wilson starter Taylor, Ben M, Yates, and Ben C all worked walks off Nonessential Workers starter Jasper, putting the Weed up 4-2.

Dylan worked an uneventful top of the 2nd (one groundout, one walk, two Ks), and we picked up another run in the bottom of the inning after Jordan G walked, Sam and Taylor singled, and Ben M walked to force in Jordan G. In the top of the 3rd, Wilson #10 hitter Lucas opened the inning by cracking a double to left, bringing up the top of the Worker order. No problem: Dylan sent down the leadoff hitter looking, then struck out the #2 hitter as Lucas was gunned down by Jordan G trying to steal third for a double play.

Yates led off the bottom of the 3rd with a line shot to left that skipped past the left fielder, ending up rounding the bases for his second round-tripper in two days. Two outs later, Jordan N got us started against by pulling a single down the third-base line, then stole second and third again. After Jordan G walked and stole second, Sam singled to left to drive in one run, and Roan pulled a hard grounder that ate up the first baseman for an 8-2 lead.

And that was pretty much the ballgame: Dylan set down the Workers with just a walk in the 4th, and in the 5th struck out the first two batters, gave up a double on a ball pulled down the third-base line (on a pitch when he was trying out a new sidearm motion), then got Lucas to pop up to the left side of the infield, where shortstop Sam made a stumbling, diving catch to end the game as time ran out. Legal Weed 8, SFX Wilson 2

For Game 2, we were the road team and hoped to jump out to a quick lead, but that didn’t go as planned, as Nonessential Workers ace Cole shut us down in the 1st inning. In the bottom of the inning, the two leadoff hitters managed singles (a grounder through the left side and a bloop that fell just beyond Roan at first base), but Weed hurler Ben M got a grounder back to the mound, a strikeout, and a popup to keep the game scoreless.

It stayed that way through the 2nd and the top of the third, bringing up Wilson’s last hitter in the bottom of the 3rd. Once again, Lucas got to us for a hit, this one on a 70-foot grounder to third that he beat out; leadoff hitter Cam then hit a bloop just beyond third baseman Yates for another single. And the pecking to death by ducks continued: following a strikeout for the first out, a single to left that scored one run, then another weak grounder to third that Yates bare-handed but couldn’t quite throw to first from his knees in time as the Workers went up 2-0. Ben M set the next two hitters down looking, at least, to stop the bleeding there.

We had the heart of our order up in the 4th, and it delivered big-time. First, Sam led off with a single (getting a hit in his sixth straight plate appearance), then Roan followed by pulling a shot to right field for a double. Taylor then beat out a grounder to third, scoring Sam, and moved up to second as Roan scored when the throw to first went wild. Ben M then dumped a single into right field to put runners on the corners, and Dylan drew a one-out walk, bringing up Ben C, whose last hit was back on May 9 — and he smashed a two-run single to center, putting the Weed up 4-2. Ryan was up next, and hit a hard liner to the right side, but the Workers second baseman picked it off for out #2. Jordan G then got hit again (eight!), but Sam’s fly to deep left was tracked down for the third out.

Ben M struck out the side in order in the bottom of the 4th. In the top of the 5th, Taylor drew a one-out walk, then went to third when Ben M’s single was misplayed by the center fielder, and scored on a groundout by Yates. In the bottom of the inning, following a flyout that Ryan tracked down in center and a popup to Dylan at short, Ben M gave up a walk and a long double to left-center by cleanup hitter Lawton (his third hit of the day, and second double). The next batter, game one reliever Riggs, smashed a line drive to the left side — only for Dylan to use his 6’4” frame to reach up and grab it for the third out.

We got another run in the top of the 6th (Ryan single, Jordan plunking on the arm — eight! — stolen base, RBI groundout by Sam), then Ben M kept the Workers off the board in the bottom of the inning. On to the 7th, and though we didn’t extend out now five-run lead, Ben M didn’t need it, recovering from a single and a hit batsman to open the inning with two strikeouts, then a popup behind second base that Taylor caught as she collided with Dylan, and we had a doubleheader sweep. Legal Weed 7, SFX Wilson 2

This was an extremely satisfying pair of games, with tons of timely hitting, great fielding plays, and of course terrific complete game pitching by Dylan and Ben M. Best of all, SFX Wilson was just ahead of us in the standings going into this game, and if I’m counting right we’ve all but clinched finishing ahead of them, which likely means a bye from the play-in games for the tournament and a spot in the 4v5 first-round game, likely against HN Carmody.

But that’s all still a couple of weeks off. Next up, we have a game coming up Wednesday at 6 pm on Field 3 against 78 Horowitz, currently in third place. We have a couple of players possibly arriving late, and we’re the home team, so everyone else please make sure to arrive on time — I’ll be getting there pretty close to game time, though Coach Joe, who is bringing the gear, may be there sooner. See you then! 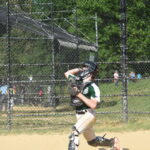 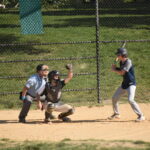 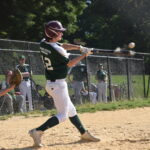 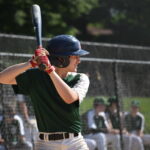 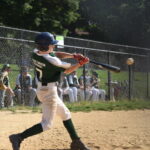 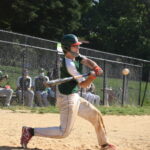 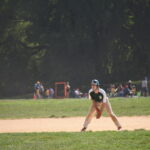 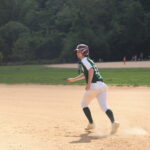 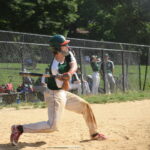 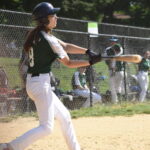 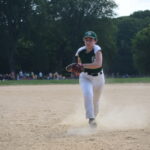 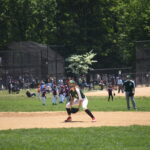 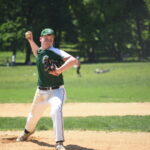 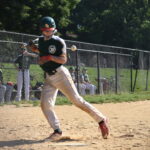 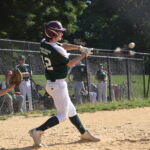